A Brief Explanation of the Die Cutting Process 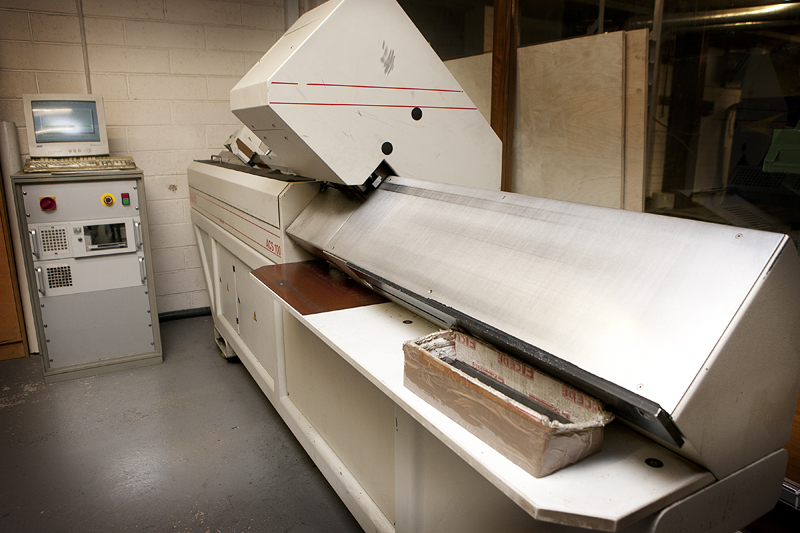 Die cutting typically refers to the cutting action of a die press. When a die is pressed into a material such as folding carton board or corrugated board for packaging or leather for making shoes it cuts the material into the shape outlined by the die.

It can also refer to the process of making the die itself. Die-cutting tooling is fundamentally a combination of wood, steel blade and rubber prepared into a specific shape and structure to enable compression of substrate materials and hence forming of specific shapes – mainly boxes.

In this process of die manufacturing the skill of the technician in forming the die is paramount. High tech laser cutting systems are used to create the precision cut into the plywood backing but accurate bending, shaping and preparing the steel rule is of paramount importance

‘Knifing’ the die can also involve preparing a variety of complex cut types and patterns to be made such as scoring, tear-strips etc. Scoring can be further used to create a number of complex functions such as tamper-proof seals which have become important in the packaging industry.

Creasing is also incorporated into the die to produce the fold positions of boxes and cartons. Rather than crease the products on a separate machine after the cuts have been made, creasing them in the cutting phase means they are usually more accurate and this facilitates high speed gluing and better performance on automatic packing lines.

The design of the die outline requires a lot of experience and knowledge also.  A 2 dimensional drawing and tool have to be visualised as a 3 dimensional end product.

Computer Aided Design programs make this task a little easier than it would have been previously.

Computer modelling can also make improvements in efficiency, producing less cut-off and waste. This provides substantial savings for the producer over time as die cutting runs reach into six, seven and eight figure numbers. There is a double saving in the form of various national and international directives on waste that require a manufacturer to pay in advance for any products they produce that will ultimately need to be recycled.

This entry was posted in Articles. Bookmark the permalink.